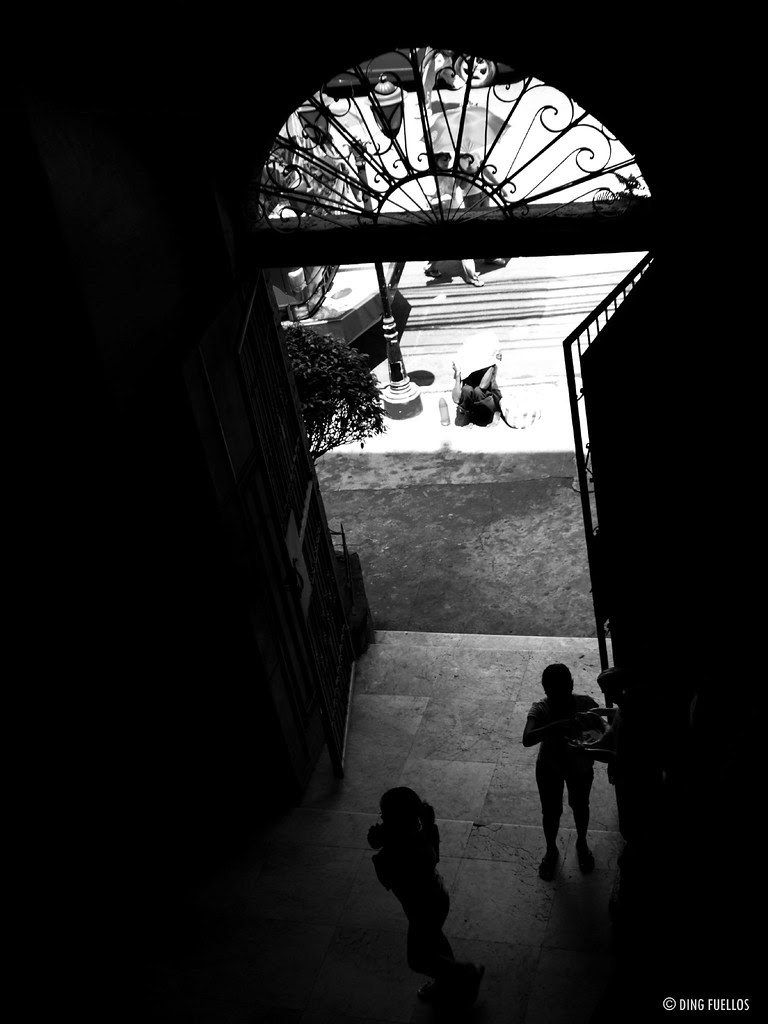 “There is in us a lyric germ or nucleus which deserves respect; it bids a man to ponder or create; and in this dim corner of himself he can take refuge and find consolations which the society of his fellow creatures does not provide.” [Norman Douglas]

Aside from the architectural and historical gem that is the Binondo Church in Manila, one can be stimulated with some of the Catholic faith-inspired scenes.

On my way to the choir loft, I happen to look back and saw this scene.  At the spur-of-the-moment, I spontaneously aimed my camera and clicked that button.  I had to capture the woman dipping her hands in the holy water basin at the right side entrance of the church.

When I was browsing through the images on my computer later, I did not find it “okay” since it was too dark. However, it is not my practice to delete photos that I do not like, at the first glance.  I always believe that might be able to use them, sometimes, and one way or another.

One night, I played with the color image and converted it to black and white, and was immediately convinced by the result.  This might not be an outstanding photo for some.  I am not sure if this is even acceptable as a composition.  There are some photographers who do not like strong barreling shadows, especially on both sides.  However, the strong contrast of the shadow/black and white parts of the image, as well as the dramatic enclosure of the light by the shadows, for me, makes it an interesting photo. I would like to think that this has that cinematic effect, which I always liked to be a characteristic of my photos.

Titled “refuge” provides a meaningful description of coping with frustration and desolation.  This is also a study in contrast–not only visually, but also metaphorically.  The man on the street covering his head with a newspaper is a beggar and had to content himself to receiving alms.  While other people seek refuge and perhaps find answers to their questions that human minds cannot provide, by going to the church and pray and ask for spiritual guidance. 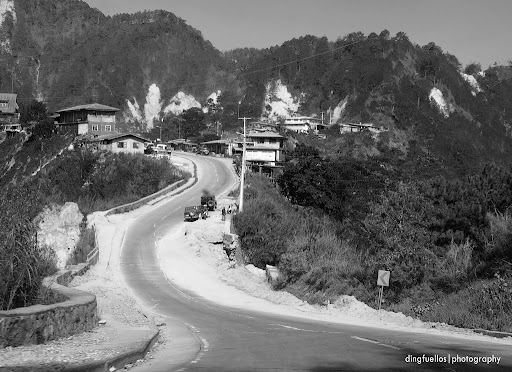 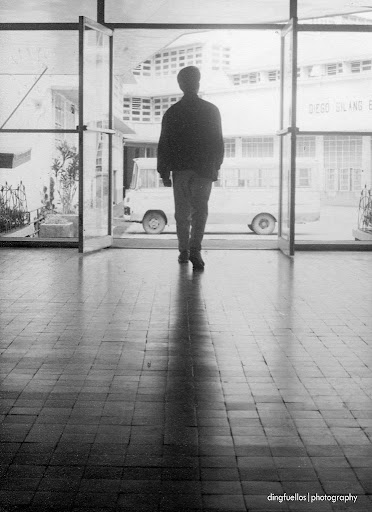 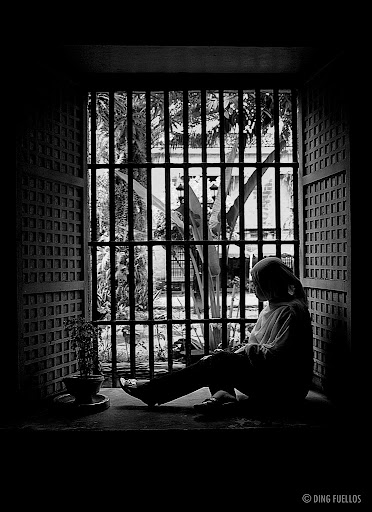