Petronas in black and white 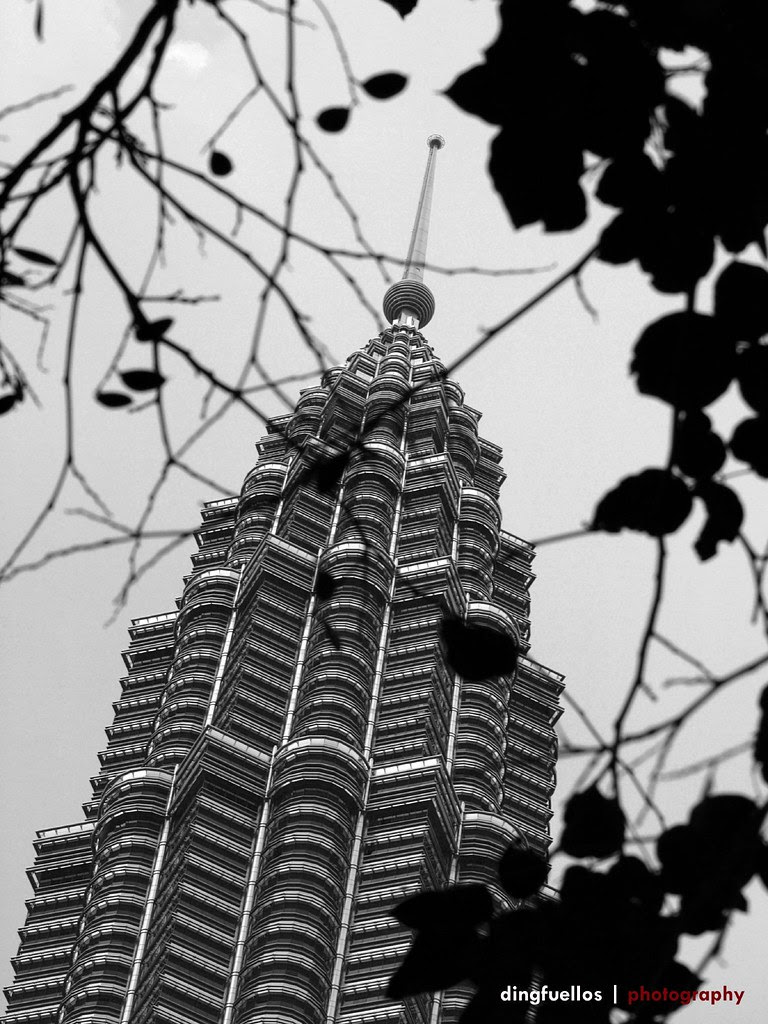 With very few opportunities to shoot now due to some personal and official duties, I rummaged through my old Flickr files and found this photo, so I thought of sharing it this time.

I had a whole afternoon to spend around the towers and the KLCC Mall.  Seeing the twin towers was delightful.  After I made some "usual" or compulsory Petronas Towers shots, then I moved around a bit to look at it from a different point of view and perspective.  I took so many pictures that I didn't realize it was getting dark before I go back to the airport for my flight back to Manila.  But I waited until 7PM, when the lights would be turned on, to take another compulsory shot of the twin towers.
It was rather humid that day so before I took this photo, I decided to rest in one of the benches around the KLCC park, when I saw it behind the branches.  Also, it was cloudy and it did not look good in color, so I decided to convert it into black and white instead.  I am pleased with the result.

Here are some facts about the Petronas Twin Towers: 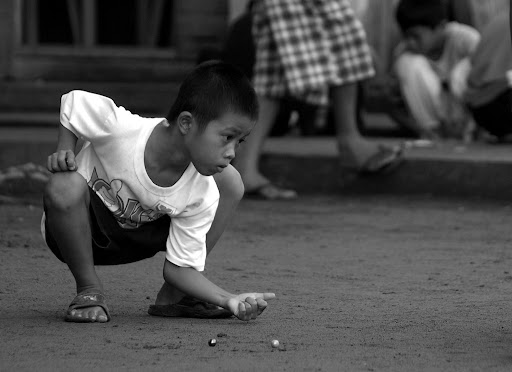 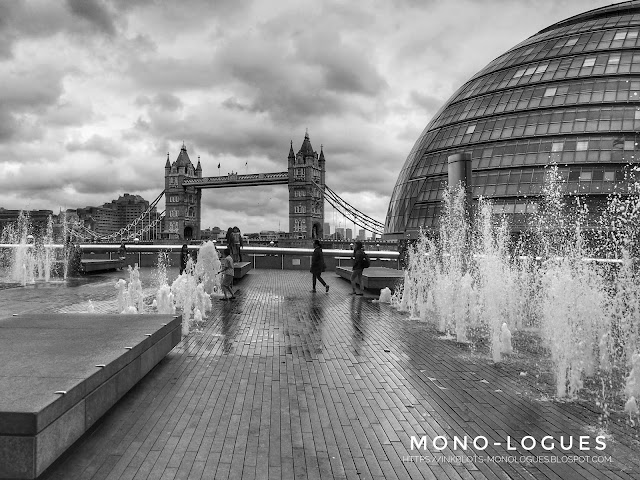 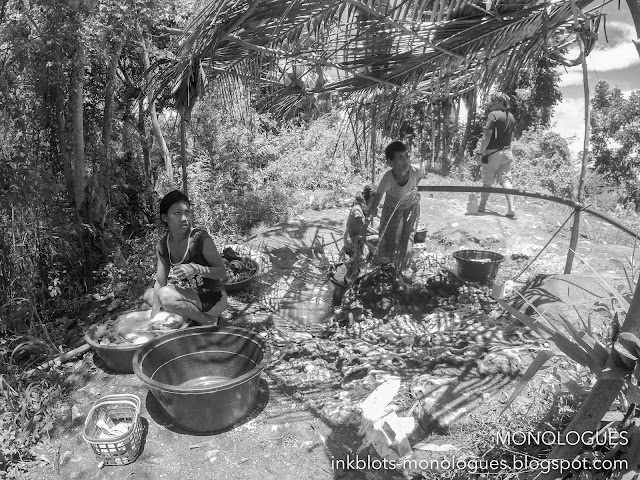 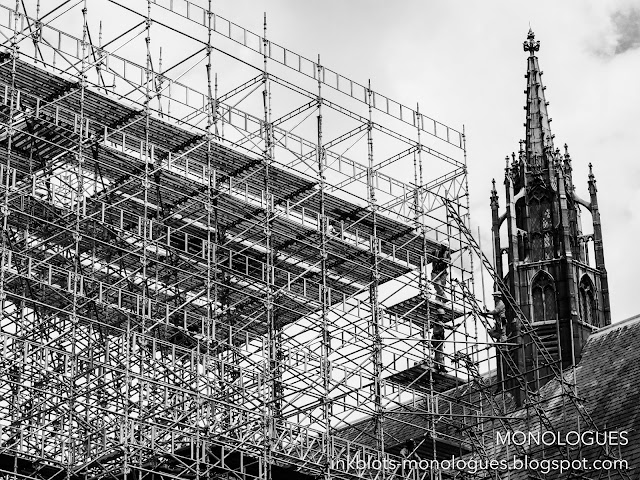